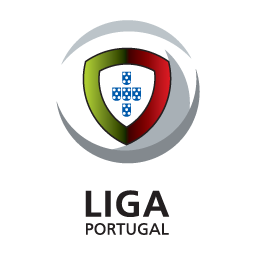 The Primeira Liga, also known as Liga NOS for sponsorship reasons, is the top professional association football division of the Portuguese football league system. It is organised and supervised by the Liga Portuguesa de Futebol Profissional. As of the 2014–15 season, the Primeira Liga is contested by 18 teams, with the two lowest placed teams relegated to the Segunda Liga and replaced by the top-two non-reserve teams from this division (except in the 2018–19 season in which the three lowest placed teams are relegated to the Segunda Liga due the possible integration in the Primeira Liga of Gil Vicente in the next season. However, the Portuguese Football Federation appealed to proceed with this integration as soon as possible.

Founded in 1934 as an experimental league called Campeonato da Liga da Primeira Divisão, it was officialised in 1938 and named Campeonato Nacional da Primeira Divisão until 1999, when it was called Primeira Liga. A total of 70 teams have competed in the Primeira Liga, but only five have been crowned champions. Among them, the “Big Three” – Benfica (36 titles), Porto (27) and Sporting CP (18) – have won all but two Primeira Liga titles; the other winners are Belenenses (1945–46) and Boavista (2000–01).

The Primeira Liga has increased its reputation in the last few years, occupying as of February 2017, the 7th place of UEFA’s league ranking. It broke into the top five for the first time in the 2011–12 season, passing the French Ligue 1, one of the historical “big five” European leagues, for the first time since 1990. The Primeira Liga also reached a world ranking of 4th according to IFFHS’s 2011 ranking.